This month, we meet educators whose paths to teaching were varied and winding. Each had to take a leap of faith, as did the school districts that hired them. Since CTE requires specialized skills and industry experience, districts can hire an experienced content professional to teach in CTE areas using the experience-based pathway to licensure. The candidate and the sponsoring school district first determine if the candidate meets the eligibility requirements, and if so, may request an Initial Experience-based Technical and Vocational Education Subjects Teacher License (experience-based license, or EBL). This three-year license is only valid in the sponsoring district. The teacher works to successfully complete a curriculum in professional development training determined by the school district. At completion, the sponsoring district can recommend the teacher for a Professional Experience-based Technical and Vocational Subject Teacher License, a portable license valid for five years.* None of the following educators would say it was easy, but all would say it was worth it: 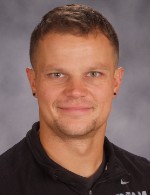 Before becoming the auto tech instructor at McFarland High School, Brian Hawn was a fleet manager at FedEx. While there, he had also been McFarland’s junior high football coach for three years when the principal approached him about the auto tech job. The district office, two experienced CTE teachers, and the principal all helped him obtain his EBL and helped him on his journey. “[The principal] didn’t just say, ‘My door is always open.’ He actually came down to the room and asked, ‘What can I do to help?’ And then he did it again a couple weeks later,” says Brian. “That was cool.” His biggest surprise? “How eager the kids are to learn,” he says. “I wake up and I’m excited to go to work!” 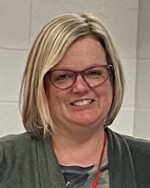 In her 13 years with Target, Tracie Nielson often did classroom and hands-on trainings for the store’s associates. “I loved sharing the knowledge I had,” says Tracie, whose degree is in retail studies and business management. She found out about the EBL through her son’s teachers. Tracie knew she probably couldn’t go back to school, so when Kenosha’s CTE coordinator called her about the business and marketing position, she went for it. Now as DECA advisor and department chair for a three-person team, Tracie continues to work on the learning theories, classroom management, and acronyms that come with a traditional education degree, coupled with an impressive knowledge of real-world retail. “I love the students,” says Tracie. 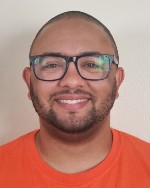 Ishmael Simmons admits his decision to go into teaching was “very random” at first. His degree in mass communications went nowhere during the Great Recession of 2008 so he went back to school for culinary and worked 14 years in the industry before a family emergency brought him back to Milwaukee. (He continues to own and operate a food catering truck.) Through the EBL, he not only found a job, he’s found his passion as the family/consumer science teacher and FCCLA advisor at Vincent High School followed by South Milwaukee High School. “To see young people engaged in what I’m showing them” really drives him. “I’m sharing my story and they’re listening. I show them I have a food truck, a catering service, and then I hire them in the summers,” says Ishmael. “It fueled them, which in turn fueled me.” 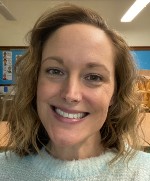 Even in college, Megan Burdick remembers thinking, “Dangit, I should have been a teacher.” Her degrees in health promotion and wellness, and business administration were well suited for her seven-year stint in corporate wellness at SC Johnson. After leaving there, she spent a year in medical device sales making lots of money and being miserable. “I realized I liked collaborating, creating, working with people, and being in more of a ‘service.’” She comes from a self-described family of teachers so she was a little sheepish about coming to the profession through an EBL. She made up for it by studying nights and weekends on areas where she needed the most support. “I went to every pathway planning meeting,” she says. “I went to anything I could.” Even the pandemic was a blessing in disguise. “It finally forced me to do a daily focus and clear agenda every day.” Most important, as a health sciences teacher at Racine Unified School District, she’s happy. “I like seeing the kids work through the health service pathway. 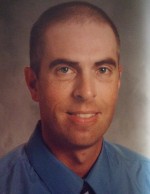 For nearly seven years after earning his degree in radio/TV/film, Scot Neu was a radio station manager. His next seven years were in nonprofit management for the Boy Scouts of America. But through it all, says Scot, “I had always coached.” So when he decided to take the leap into teaching and his first principal told him to “Think about it like you’re coaching,” Scot connected. Today as business instructor and FBLA advisor in the Tomahawk School District, he says, “I feel like I’m doing something more meaningful.” Managing the classroom is still a challenge, but his organization and preparation skills are outstanding. And his coaching reminds him not to get too far ahead because situations change. “I have to bring my best effort because I don’t know when the light will go on,” he says. 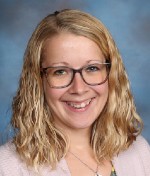 “I really thought UW Extension was where I wanted to go,” says Amanda Bosnak, who earned her agriculture education degree (a non-teaching emphasis) in 2012. The business options at Blaine’s Farm & Fleet caught her eye, and she was soon on their management track. Five years later, she had a new baby girl and was traveling a lot. She wasn’t looking for a job, but when she found out the agriculture job was open at her former high school (Waterloo), she reached out to her former principal. “He told me about the EBL,” she says. “I didn’t know it existed.” With her degree and her ag business background, she was onboarded like any new teacher. “I really love doing the hands-on things and providing kids with real-life examples and insight into potential career opportunities,” says Amanda. “I’m really lucky having the opportunity to come back to this.”

Learn more about the initial EBL.

*Both are Tier 1 licenses.