Imunique Triplett: The Author of Her Own Story 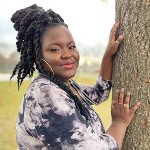 At just 17 years old, Imunique Triplett has been pinned as a licensed practical nurse (LPN) before graduating from Rufus King High School in Milwaukee this spring. She was in the first cohort of students to participate in M-cubed (M3), a collaboration between Milwaukee Public Schools (MPS), Milwaukee Area Technical College (MATC) and University of Wisconsin – Milwaukee (UWM). Since 2019, 120 – 160 qualified MPS high school students have joined M3, which offers dual credit programs four days a week in two areas: nursing and general courses. In this interview (edited for length), Ms. Triplett shares her journey in the program.

DPI: What did you think when you were first invited to apply for the program?

Ms. Triplett: I knew that if I didn't take the opportunity while it was presented to me, then it wasn't necessarily going to come back around for me.

DPI: What drew you to nursing?

Ms. Triplett: At first, I really did not want to go into healthcare. I thought I would be squeamish about the body fluids. I cowered easily to movies that featured blood and all these wounds. Even after I started the program, I still wasn't sure. It wasn't until I actually got some hands-on experience that I realized nursing is what I wanted to do.

I knew that I always wanted to help people. I just never really knew where I could apply that.

DPI: What roadblocks did you have while you were in the program?

Ms. Triplett: I would say the biggest one was balance—trying to find time to do everything and prioritize things.

I consider myself a very get-up-and-go person. I always like doing something, going somewhere, having fun, doing things with friends and getting out of the house. So it was very hard to go from being able to go out every weekend with friends to rarely getting to do that because I was so stressed out with work and deadlines and all these essays and exams.

Luckily all of my friends were very, very understanding. They didn't expect me to just come out with them when I had other obligations. They really understood.

Other than that roadblock, definitely adjusting to the difference between high school and college. Because there was definitely a difference in the course load, so I really had to adjust. At first it wasn't as hard because the classes weren't as specific and heavy.

DPI: Did you ever feel like quitting or ask yourself if it was worth it? What did you tell yourself to keep going?

Ms. Triplett: Even though in the back of my mind I was like, Can I really do this? I always knew that quitting was never an option. I knew that if I gave up, I would never see how it could have turned out for me if I had given it my all. If I did my best and I wasn't able to get through it. Fine. But giving up without allowing me to give myself a chance? I knew that wasn't something I saw myself doing.

But it did get very, very difficult to the point where I did question, Do I really want to go through with this? Even though deep down, I knew I did, sometimes I had to ask myself that question, Is being a part of this field worth all of this struggle and workload and stress?

DPI: Where did you learn to be so disciplined?

Ms. Triplett: I really don't know if it was somebody who sat down and had a conversation with me and instilled these values in me. It's more so what I've seen other people go through, like my birth parents.

I'm actually adopted by my great aunt so I still keep in contact with my parents. I've heard their stories directly from them but also through the grapevine. They talk about all the opportunities that they had and in the end for them, it wasn't enough because now they don't have those opportunities. They didn't end up doing what they imagined they wanted to do in life. I kind of took that as quitting and failure.

I don't want that to be an option for me because I want to lead a different life than my parents did. They've always made it known that they wanted different for me as well. But you know it wouldn't have mattered if they wanted it for me. I had to step up and determine that I wanted it for myself. So one day I just decided, I'm going to be the author of my own story. I'm not going to let anybody rewrite that for me.

DPI: In addition to the academics in your program, what would you say you've learned?

Ms. Triplett: The most valuable thing I've learned is that you'll never know what you're capable of until you give it a try and really put your all into it.

Never would I have thought, Oh I'm capable of completing this program and graduating college before even graduating high school. Even though I didn't initially think it [was possible], I still was able to make it work for myself. So now when opportunities come my way that I think are difficult or even impossible, instead of just tossing it aside and just saying, Oh, I can't do this, now I know that it's very much possible and I can, as long as I put in the effort, as long as I try and not give up, anything is possible. I've seen that now by being a part of this program.

This fall, Ms. Triplett will be pursuing her registered nursing degree in a pre-med program at Marquette University on a full scholarship. She’s looking ahead, already thinking about becoming a medical doctor or a nurse practitioner. “I want to keep my options open so that when I'm done, I won't be able to say, ‘Oh, I wish I had done this [pre-med] because now I want to do this.’”