April is Month of the Military Child

In 1986, Defense Secretary Caspar Weinberger established April as the Month of the Military Child. During the month of April, individuals and organizations in Wisconsin and across the country recognize the special challenges and contributions of the children of military members. 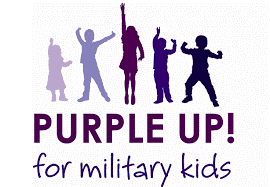 In 2009, Wisconsin passed legislation to become part of the Interstate Compact for the Education of Military Children. Wisconsin State Commissioner Shelley Joan Weiss chairs the Wisconsin State Council and works with the National Commission. Wisconsin is committed to working at the state and local levels to afford opportunities for educational success for children of military families. The Wisconsin Department of Public Instruction works to ensure that children of military families are supported in achieving their educational goals. In support of Military Children, State Superintendent of Public Instruction Carolyn Stanford Taylor has issued a Proclamation for April, Month of the Military Child.

There are currently 1.2 million military children of active-duty members worldwide. Children of military members typically experience frequent moves and numerous deployments of their parents during their K-12 educational years. Approximately 2 million military children have experienced a parental deployment since 9/11 and the average military family moves three times more often than their civilian counterparts.

In March 2020, members of the WI National Guard were activated in response to the current COVID 19 pandemic. Children of military members live with the special challenge and understanding that their parents are frequently required to perform in high-risk situations, often for lengthy periods of time far from home.

“Purple Up! For Military Kids” in April to show support and thank military children for their strength and sacrifices. Purple indicates support for all branches of the military: Air Force blue, Army green, Navy blue, Marine red, and Coast Guard blue.

The following organizations support the children and families of military members: