The Elkhorn Area High School has had an active and successful SkillsUSA Chapter for several years. SkillsUSA is the student organization for middle and high school technology and engineering education programs as recognized by the Wisconsin Department of Public Instruction.

Many Elkhorn High School students consistently win at the Wisconsin State Leadership and Skills Conference and place in the Top 10 at the National Leadership and Skills Conference (NLSC). They have conducted numerous community service activities as well as professional development events for their members. They even conducted their own SkillsUSA District Competition with over 300 competitors in 16 different events. 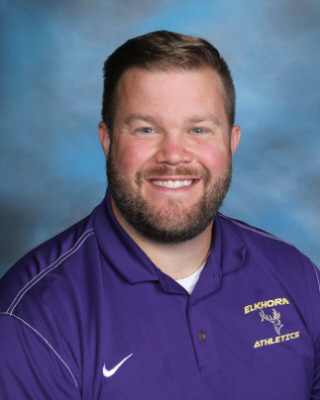 In addition to these individual accolades for Mr. Ganter, the Elkhorn SkillsUSA Chapter and its members were recognized this spring with the highest level of professional excellence for a SkillsUSA Chapter as a Gold Level Chapter of Excellence. To receive this distinction, the chapter had to conduct and document a variety of activities within the three SkillsUSA Chapter Excellence Program framework areas of personal, workplace, and technical skills.

All Gold Level chapters are reviewed by a national team seeking to identify the best-of-the-best, and the Elkhorn SkillsUSA Chapter was identified as one of only 24 chapters across the country to be named a Model of Excellence Chapter, specifically noted as a model for the framework area of Personal Skills.

“Fred has allowed his students to help lead the direction of the club by empowering student leadership.... [he] has been able to put together a team of students and staff that have been responsible for the growth and success of our SkillsUSA program,” said Elkhorn Area High School Principal Dan Kiel.

Congratulations to Fred Ganter and the Elkhorn Area High School SkillsUSA Chapter for all they have accomplished during a year of incredible challenges.