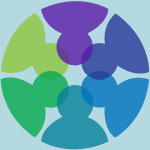 Wisconsin became part of the Interstate Compact on Educational Opportunity for Military Children through legislation (Wis. Stat. § 14.91) that was enacted in 2010. The compact provides for the uniform treatment of military children transferring between school districts and states. The compact was developed by the Council of State Governments’ National Center for Interstate Compacts, the Department of Defense, national associations, federal and state officials, departments of education, school administrators, and military families.

Military children face many challenges including moving frequently. Most military children attend six to nine different school systems during their PK-12 educational career and will transition more than twice during their high school years. School enrollment, eligibility for academic programs, school-sponsored extracurricular activities, placement, and graduating on time can be difficult due to frequent relocations. In addition to adjusting to new cities, bases, and homes, military children also deal with making and losing friends as they frequently change schools. While the military has made great strides to support transitions for personnel and spouses, their children continue to face challenges. Educators and legislators in Wisconsin are working to minimize the negative impact on the education of military children.

In 2010, Shelley Joan Weiss was appointed as the State Commissioner to the Interstate Commission on the Educational Opportunity for Military Children. 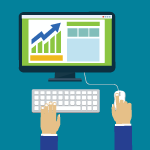