Our schools deserve a funding system that supports all students, regardless of where they live.

In its 2019-21 biennial budget proposal, the department proposed a new formula that brings revenue limit fairness, restores the state's commitment to supporting two-thirds of school costs, and additional programs to close opportunity gaps.

The plan was built around Fair Funding for our Future, which overhauls the formula by providing a minimum aid for each student, weighting student poverty, and shifting tax credits into general school funding. Fair Funding for our Future is one of the pillars of Governor Evers' 2019-21 budget proposal for K-12 education (released on February 28, 2019). See how your district is impacted by this proposal.*

*The Governor’s proposal for Fair Funding is based on a simulation that uses the data from the October 15, 2018 certification of 2018-19 general aid and school levy tax credit amounts distributed in the 2018-19 school year (i.e., the most recent data available). 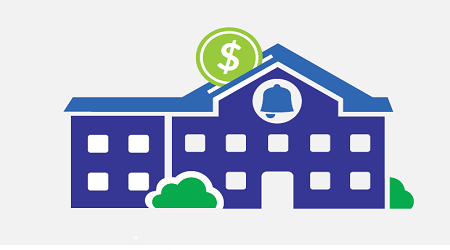 How and why we want to reform the school funding formula.
Budget Proposal Infographic

Learn how school funding currently works, what we mean by reform, and how we aim to fix it by watching our short series on the subject.