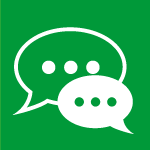 Kids are living a large part of their lives online, and this includes the romantic part as well.  Online interactions can be a healthy and powerful way to build relationships with others around the world.  This online connectivity can also open the door to flirting, fighting, breaking up, and making up.  Many times it seems easier to connect as their actions can feel removed from consequences or free from discovery.  When people are anonymous, it's easier to behave irresponsibly, cruelly, or unethically. Others may simply misinterpret the tone and context of messages or posts. Kids need a code of conduct for using the Internet and mobile media just as they need a code of conduct in the offline world. They should be empowered to be good digital citizens, in addition to being good citizens in general.  It is important to remember, everything we put online (good or bad) doesn't just go away once it's sent.  Information, texts, and posts are permanent parts of our student's digital lives.

Sexting is when people take and send sexually revealing pictures of themselves or send sexually explicit messages via the Internet or text messages.  Sending and/or receiving these messages or pictures is growing in popularity, especially among adolescents.  Though there are many positive aspects of being able to connect, communicate, and share instantly, it also creates the potential for many other problems including sexting.

What Does Wisconsin Law Say About Sexting?

Unlike states with specific teen sexting laws, Wisconsin punishes teen sexting under its laws against child pornography and related activities.

Under Wisconsin’s child pornography law, it is illegal to possess or view a visual depiction of a child engaged in sexual conduct—including depictions sent via text message. (Wi. Stat. Ann. § 948.12.)

It is also a crime for an adult to cause a child to view sexual activity for the purpose of that adult’s sexual arousal or gratification. Under this law, an adult who sends a sexually explicit text message image to a child may face felony charges, as described below. (Wi. Stat. Ann. § 948.055.)

What Can You Do?

While talking about sexting and other digital relationships with your child(ren) isn't always easy/comfortable, it is crucial they know the importance of these topics as well as your expectations.  Be sure to:

Find these and more at NetSmartz and Common Sense Media