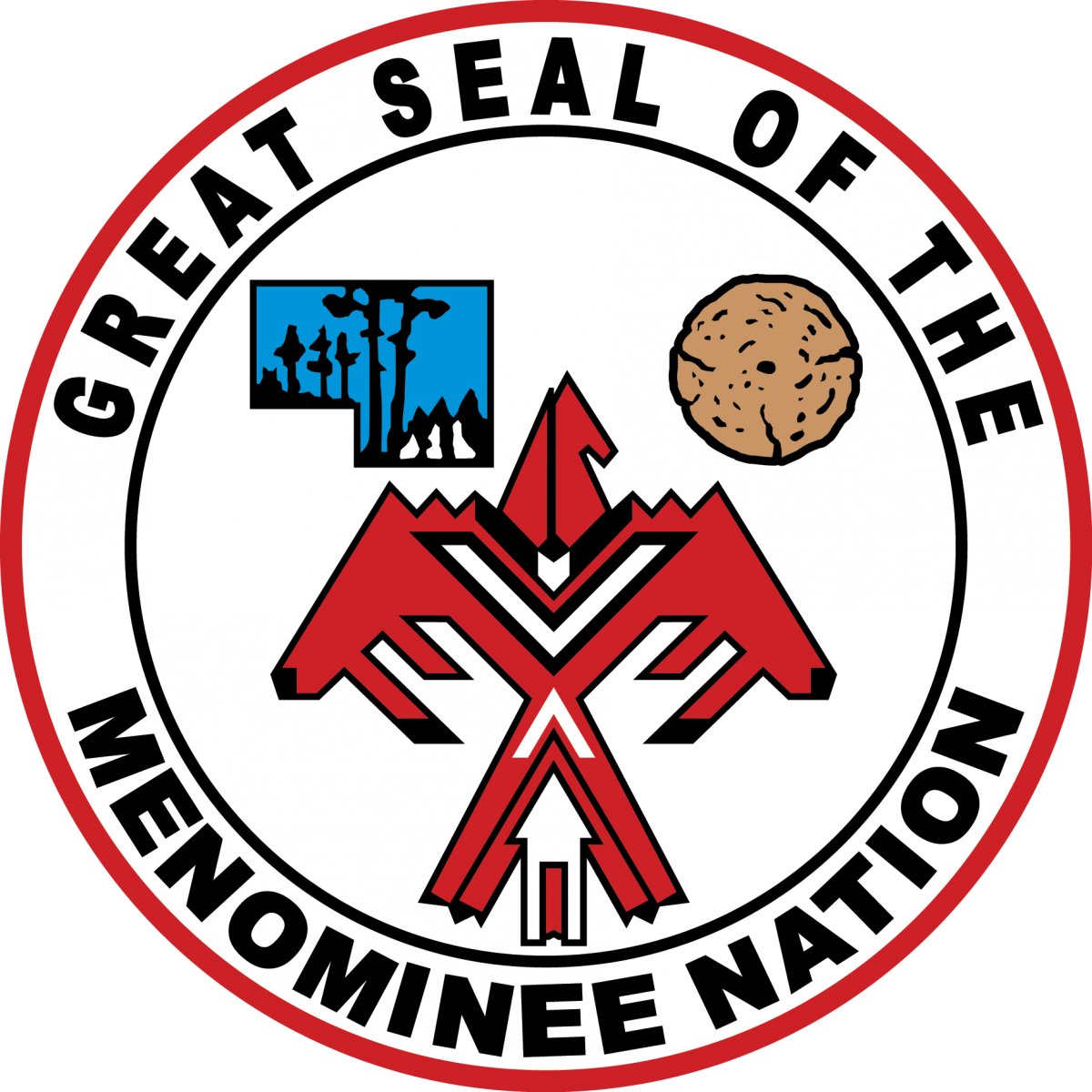 There are currently 8,720 Menominee tribal members

The Menominee Reservation and Menominee County share nearly identical boundaries, with the area known as Middle Village being the exception. The size of the reservation is 235,524 acres or approximately 357.96 square miles, and contains roughly 223,500 acres of heavily forested lands, representing the largest single tract of virgin timberland in Wisconsin. Approximately 98 percent of acreage is trust land and two (2) percent of acreage is fee land. The Menominee Tribe has no additional trust land outside of their contiguous boundaries.

The Tribal Government was created through Section 5(c) of the Menominee Restoration Act; Article IV Section I within the Constitution and Bylaws. The Menominee Tribal Legislature is composed of nine members. Elections are held every January.

The Menominee Indian Tribe’s current reservation was created in 1854 through treaty with the United States of America. On June 17, 1954 Congress implemented Public Law 108. This is known at the “Termination Bill” which was signed into law by President Eisenhower. This provided for termination of federal control of the Menominee Indian Reservation.

On July 3, 1959 Governor Gaylord Nelson signed a law making Menominee County the state’s 72nd County. This was an experiment to force tribes to join the mainstream of American society as an assimilation attempt.

During the period from 1961 to 1973 federal supervision over the Tribe was terminated. On April 30, 1961 the Menominee Termination Plan was submitted to the Secretary of Interior. In 1962 the Menominee Council of Chiefs was organized as a non-profit organization ideally for the purpose of preserving the name “Menominee Indian Tribe of Wisconsin” which was technically abolished during termination. A petition was signed by 780 Menominee’s requesting the repeal of the Menominee Termination in 1964.

In May 1968 the Tribe had filed suit regarding the hunting and fishing rights of tribal members. The U.S. Supreme Court ruled in the Tribe’s favor establishing that when termination was effective it did not relinquish their right to hunt and fish, Menominee Tribe vs. United States, 391 U.S. 404 (1968). When the Termination Plan was implemented the enrolled members became shareholders in Menominee Enterprises, Inc. which became known as M.E.I. The M.E.I. Board of Trustees consisted of seven (7) members; three (3) of whom were non-members. In 1968, the M.E.I. entered into the “Lakes of Menominee,” project referred to now as Legend Lake.

In spite of many barriers, the Menominee persisted with their goal in restoring the land to trust status. On April 20, 1972, Wisconsin Senators Proxmire and Nelson introduced Senate Bill No. 3514 in response to the Menominee’s ambition to seek reversal of termination. With the dedication and persistence of Tribal members and a coalition of supporters, the Menominee Restoration Act was signed into law on December 22, 1973 by President Nixon after two and one-half years of congressional testimony the Restoration Act was passed. It provided for the federal recognition of the Menominee Indian Tribe of Wisconsin thereby returning the nation to trust status and sovereign immunity through the development of the Menominee Indian Tribe of Wisconsin Constitution and Bylaws.

The Menominee Indian School District was established by the state of Wisconsin in 1976 and its boundaries encompass the Menominee Indian Reservation, making it one of only two public school districts located almost entirely on Indian lands.

The Menominee Indian School District offers everything that can be found in larger school districts including technology in every classroom, research based curriculum which meets national and state standards, tutoring, athletics, after school programs, and facilities that provide a safe learning environment.

The Menominee also have a tribally-administered school:
The tribe operates a comprehensive birth-of-five Head Start Program.
The tribe also operates the College of Menominee Nation.

The Menominee Tribe is the largest employer in Menominee County.

The Menominee Chamber of Commerce is a 501(c) 3 Non-Profit Organization. There are currently 46 businesses who are members which include the Shawano, Gresham and Stockbridge communities. The Chamber and Menominee Business Center has worked with USDA-Rural Development, HUD - Indian Community Development Block Grant and the North woods NiiJii Enterprise Community, Inc.

The Menominee Indian Tribe of Wisconsin has four chartered businesses: