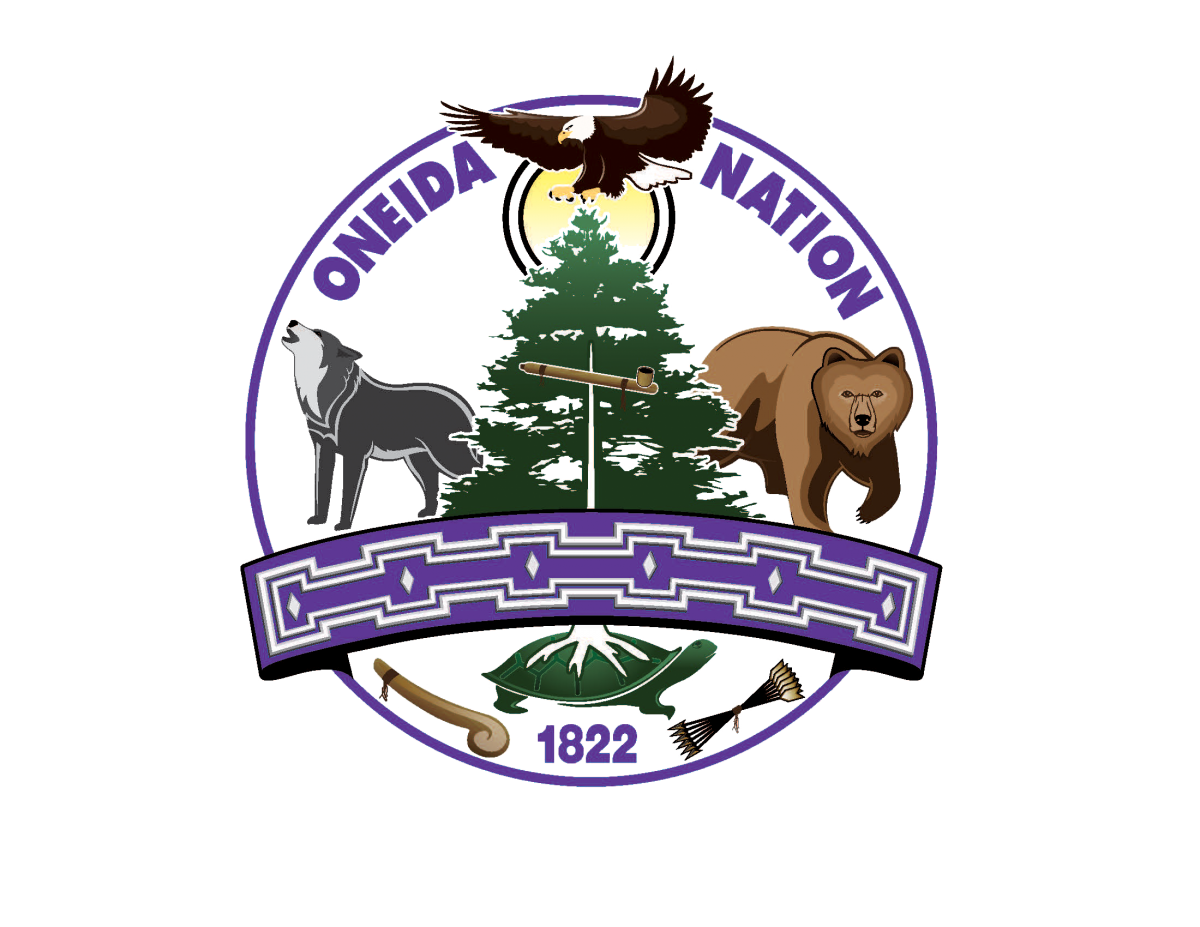 The Oneida Business Committee is composed of nine members, meeting bi-monthly with decisions made by majority rule.
Elections are held every three years with primary/post primary elections newly added, beginning in 2011. Terms are concurrent.

The Oneida Tribe of Indians of Wisconsin is sovereign government with a long and proud history of self-government. We are a federally-recognized treaty tribe of the United States. We have faced threats and continue to face threats to our homelands. The Oneida have persevered in the face of adversity for centuries, and we proudly and passionately continue to protect and preserve our homelands.

The Oneidas, along with the Mohawk, Seneca, Cayuga and Onondaga comprised the original Five Nations of the Iroquois Confederacy that dates back to the 1500s, which later became the Six Nations when the Tuscarora joined in the 1700s. The Iroquois held millions of acres of land in what is now the State of New York, which entered statehood in 1776.

During the Revolutionary War, the Oneida and the Tuscarora supported the colonies and served in General George Washington’s army. For this service, our lands were to be protected forever, a promise reflected in the 1794 Treaty of Canandaigua between the Oneida and United States.

In 1789, the states ratified the United States Constitution, which declared treaties of the United States to be the law of the land. The United States adopted the Non-Intercourse Act of 1793, which prohibited the purchase of any Indian land by any person or entity without the Federal Governments approval.

During the 1820s, Oneidas relocated to what would become the State of Wisconsin to establish new homelands. The Oneidas purchased 5 million acres of land from the Winnebago and Menominee Tribes for the purpose of preserving sovereignty as a self-governing sovereign nation. This band of Oneidas became recognized as the Oneida Tribe of Indians of Wisconsin, who entered their final treaty with the United States in 1838, ten years before Wisconsin entered statehood.

The Treaty of 1838 between the Oneida Tribe of Indians of Wisconsin and the United States established the present day Oneida Reservation boundaries located in northeast Wisconsin and comprised of 65,430 acres. To the present day, the Oneida Reservation has not been diminished or disestablished by an Act of Congress and our reservation boundaries as established by treaty continue to exist under the full force and effect of federal law and the United States Constitution.

The Dawes Allotment Act of 1887 enacted by Congress was the next challenge of maintaining our homelands. Our lands were divided into individual parcels that resulted in a significant loss of tribal land ownership because our members did not understand the English language and did not understand land taxation. Consequently, tribal land ownership was reduced to a few thousand acres within the Oneida Reservation boundaries.

The Dawes Allotment Act and the loss of tribal land ownership were ended when Congress passed the Indian Reorganization Act of 1934 (IRA). The federal policy of the IRA was to recognize and strengthen the authority and autonomy of tribal governments, and implicit in the recognition of tribal authority is a tribes right of self-government. The IRA provided the foundation for adopting a tribal constitution that would govern tribal members.

**All programs are funded by a combination of tribal, state and federal dollars**