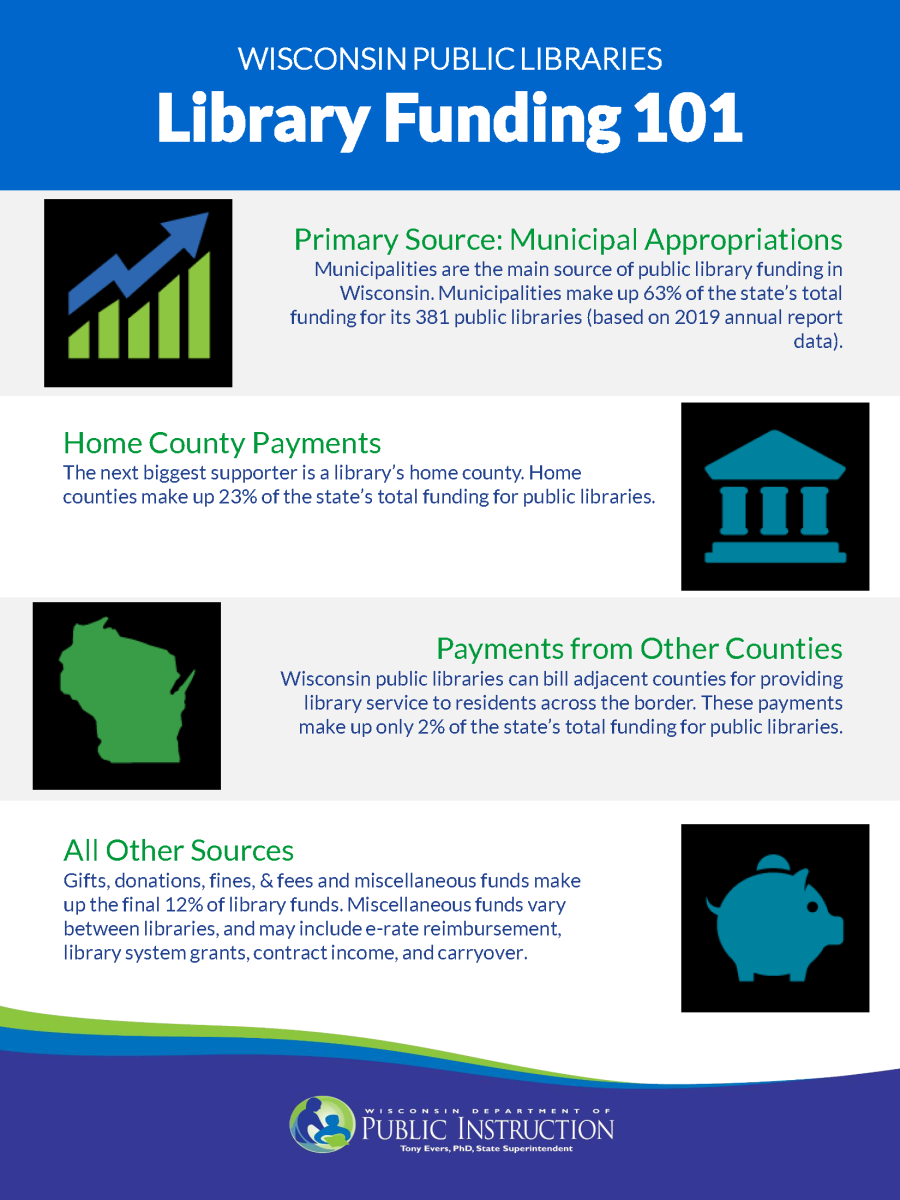 Most, but not all, of the public libraries in Wisconsin are funded primarily by their governing body. In other words, most of a city or village library’s funding comes from the city or village; joint libraries usually split costs, as determined in their joint library agreement contract; county or tribal libraries are mostly funded by the county or tribe. As of 2012, when Maintenance of Effort was repealed in the state biennial budget, no statutory minimum support by the governing body currently exists in statute. The amount appropriated to the library is determined during the municipal, county, or tribal budget process.

Libraries that do not have a county as their governing body are entitled to payments for use of their library by residents of their home county who live in municipalities that do not have a library. These users are commonly referred to as “rural residents,” and the usage is referred to as “rural circulation.” By statute, a library is reimbursed at a rate no lower than 70 percent of the cost of this rural circulation.

Last, our state structure is set up so that state funding goes to public library systems, rather than to individual libraries, for coordinated library services. The only exceptions are some state and federal grants that may be offered for specific initiatives. State aid is funded in part by federal LSTA funds, as distributed by the Institute for Museum and Library Services.

Exemption from the County Library Tax

The tax levy rate is determined by dividing a county’s current year total library budget by the previous year's equalized value of those municipalities that pay the county library tax. That value is then multiplied by the current year equalized value of those municipalities with libraries to determine the municipal appropriation needed in order to be exempted from the county library tax for the next year.

Exemption from the county library tax is a municipal responsibility, but public libraries should be aware of the process, as this calculation may have an impact on the library's budget proposal process. Because the calculation relies upon equalized property values, the calculation is updated on or around August 15 of each year.

Wisconsin public libraries may be subject to sales tax. Questions about sales tax laws and regulations should be directed to the Wisconsin Department of Revenue at (608) 266-2776. 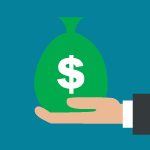