Scientists and Engineers from Africa Bio and Projects:
Dr. Guessoum studies cosmic gamma radiation, which is “light” (or electromagnetic waves) of the highest energy, the cosmic objects that produce it, and what it tells us about the universe. He constructs models of how the gamma rays are emitted, absorbed, and detected in space, much of which is related to nuclear forces and energy. He is also interested in the place of science and astronomy in the Islamic culture. He is currently researching “gamma-ray bursts”, which are huge explosions in galaxies very far away. While he is from Algeria, he is currently a professor at the American University of Sharjah in the United Arab Emirates.

What inspired me to go into science?
“Throughout my studies, I was interested in philosophy, religion, history, languages, and the humanities, but I found the scientific subjects much easier to master, particularly mathematics and the physical sciences, which seemed more precise and clear-cut. When I entered college, physics was harder but so much more interesting than mathematics, and I decided to follow what captured my mind’s interest and imagination. And when I went to graduate school (in the US), astrophysics seemed like an extremely rich and diverse field, and (apparently, or for the public) a more active one (more discoveries were announced on a regular basis, although of course progress is made in all other fields). Finally, astrophysics, and especially cosmology, tended to connect with my other interests in philosophy and religion, so I again decided to follow what would interest me rather than what I might excel more easily in. I never regretted those choices.” From: An Interview with Nidhal Guessoum

Invisible Universe: The Electromagnetic Spectrum from Radio Waves to Gamma Rays - children's non-fiction book from the Lawrence Hall of Science

How Does the Sun Make Energy? - from Wonderopolis

Islam and Science: Past and Present - video by Dr. Guessoum

Video of Dr. Guessoum discussing the importance of space projects

​NASA videos on the electromagnetc spectrum​

NASA Video for Kids on the Sun

1001 Inventions and the Library of Secrets - movie clip from a children's movie focused on contributions of the Golden Era, narrated by Ben Kingsley as Al-Jazari Bio and Projects:
Dr. Fina Opio is a Ugandan. She holds a Ph.D. in plant pathology and works on staple crops and gender opportunities. Dr. Opio is concerned about countries in Eastern and Central Africa that are less able to meet the food needs of their people.

What inspired me to go into science?
“Poverty, food insecurity, malnutrition are steadily advancing threats. We can effectively stop the advance by mobilising and sharing human capital and infrastructural resources to increase agricultural production and opening up markets.”  From the Uganda newspaper, Daily Monitor

The Mangrove Tree: Planting Trees to Feed Families, by Susan L. Roth and Cindy Trumbore - story of a plant scientist helping a village in Eritrea

Article on GMOs from a positive viewpoint -  highlights problem of banana wilt in Uganda, could be a debate resource

Plant clinics in Uganda, from Self Help Africa

Video on GMOs from anti-GMO viewpoint, could be resource for debate on this issue 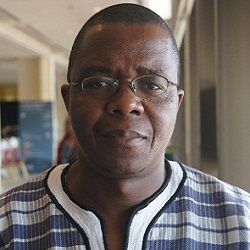 LS1 From Molecules to Organisms: Structures and Processes Bio and Projects:
Dr. Yaffa is a research agronomist and professor at the University of The Gambia. That means he researches crops and soils. He is particularly interested in developing crops that can withstand drought due to climate change.

What inspired me to go into science?
“I am interested in doing research on climate change... In 2011 The Gambia experienced one of its worst drought conditions that severely affected crop production.... One of these coping mechanisms was the people sold personal property... in order to buy food for their families" (from interview at germanwatch.org/en/loss-damage).

The Magic School Bus and the Climate Challenge, by Joanna Cole, with a video reading here

Buried Sunlight How Fossil Fuels Have Changed the Earth, by Molly Bang and Penny Chisholm

One Plastic Bag: Isatou Ceesay and the Recycling Women of Gambia, by Miranda Paul

The State of Agriculture in West Africa - Dr. Yaffa describing challenges due to drought

Loss and Damage - Dr. Yaffa discussing loss and damage of drought due to climate change

Suggestions for teaching about climate change in elementary grades Bio and Projects:
Dr. Vernon H. Kabambe is a crop and soil scientist (or agronomist). In Malawi, maize is a staple food crop and poor soil fertility is one of the main challenges in its production. Dr. Kabambe tackles the problem of replenishing the soil and ensuring that maize can be produced. He previously worked for the government of Malawi as the coordinator for cereal (grain) crops.

Planting the Trees of Kenya, by Claire Nivola (video of a reading of the book, which discusses the "Green Belt Movement" in Africa)

Galimoto, by By Karen Lynn Williams, a fictional book about young boy in Malawi building a "Galimoto"

A clip from Dirt! The Movie, where Wangari Maathai shares what it means to be the hummingbird (and do the best you can)

Life in Malawi, short video from Save the Children

Teaching about Africa, from the African Studies Center at Boston University

Where Does My Food Come From? Wide range of educational resources and reading listed for grades K-12

Soil science experiments and projects for kids, from howstuffworks 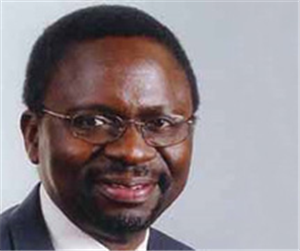 Dr. Adesida has worked in both Nigeria and the United States in the field of electrical engineering in areas such as nanotechnology, photodetectors and photoreceivers. He also works with semiconductor processing and devices. Dr Adesida figured out ways to make patterns with electrons. He now works at the University of Illinois as the Vice Chancellor and Provost.

“My name is Ilesanmi Adesida (you pronounce it like Ill-uh-shan-me Ah-deesh-uh-duh, but mostly everyone just says ‘Addy.’ I’m an electrical engineer who was born and grew up in Nigeria before coming to college in the United States.

The technical term for what I do as a scientist is to develop electronic devices at the nanoscale. What that really means, is that I try to make electronics really, really small. I work on things that are measured in nanometers – which is one billionth of a meter. To give you an idea of how small that is – a strand of your hair is about 40,000 nanometers thick. The kind of devices I help to design are found in things like your cell phones.

As a kid, I never expected to be a scientist. For a while, I did have a teacher who thought I should become a doctor, but I kept telling him that I didn’t like the sight of blood, so that wasn’t going to work out. I actually went to school to become an electronics technician – kind of a cross between an electrician and an electrical repairman. It was there when I learned that I was interested in this field and also where I earned a scholarship that would let me travel to the U.S. to study engineering at the University of California-Berkeley. And from there, I’ve never looked back.” (from an email)

Books for children about nanotechnology (all ages)

The Visioneers: How a Group of Elite Scientists Pursued Space Colonies, Nanotechnologies, and a Limitless Future, by Patrick McCray (HS)

I Lost My Tooth In Africa, by Penda Diakite with her father Baba Wagu Diakite about losing a tooth in Mali

Vacation In a Village: A Story From West Africa, by Pierre Yves Njeng - about a boy's visit to his grandparents' village

Resources on nanotechnology and materials science, from UW-Madison 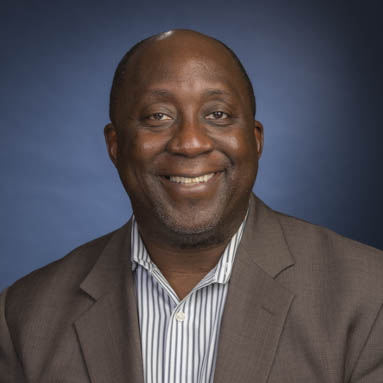 Bio and Projects:
Dr. Winston Soboyejo, currently the Dean of Engineering and a professor of mechanical engineering at Worcester Polytechnic Institute in the United States, is of Nigerian heritage. He attended college in England and moved to the United States in 1988. He founded the U.S./Africa Materials Institute at Princeton University where he was a professor for 17 years. His research focuses on experimental studies of biomaterials and the mechanical behavior of materials. Current areas of interest include micromechanical machines, nanoparticles for disease detection, biomedical systems for prostheses and cardiovascular systems, infrastructure materials, and alternative energy systems.

What inspired me to go into science?
“I was inspired by growing up in a developing country, by seeing the problems people have and coming up with ways to tackle them.” http://www.princeton.edu/pr/pwb/07/0226/1b.shtml

The Politics of Polio in Northern Nigeria, by Elisha P. Renne (HS)

Why The Sky Is Far Away: A Nigerian Folktale, by Mary-Joan Gerson (video of it being read)

I'll Stand By You: One Woman's Mission to Heal the Children of the World, by Elissa Montanti andJennifer Haupt (MS/HS)

The role of African Scientists (interview with Dr. Soboyejo)

News story about HS students working in Dr. Soboyejo's lab during the summer

Linking to materials science and engineering: Video - Boy gets prosthetic hand made by 3-D printer

Series of materials science videos and resources from BBC, ranging from ages 5-11