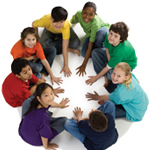 This resource, created by Emily Miller from UW-Madison, and Melina Lozano and Alice Severson from MMSD, consists of a series of descriptions of the work of scientists and engineers from across the world. To relate to student engagement, we included a brief description of what inspired them to become scientists, which came from their writing or a direct email received from them. We note classroom resources that relate to their research area or the country-of-origin of the person. Resources are generally focused on upper elementary through high school, with some for lower elementary. Resources include related non-fiction reading for students, videos, and instructional materials such as lesson ideas. These STEM professionals are organized below by country or continent, with disciplines and disciplinary core ideas (DCIs) noted. DCIs for each person are ordered by relevance. At the bottom of this page there is an example of one of these resources.

Here is a series of lesson and instructional ideas for how to use these multicultural scientist connections in your classroom. Bio and Projects:
Miguel likes to look at questions about how a spaceship could travel faster than the speed of light, and think about time/space ‘bubbles’ in outer space!  He works at the University of Mexico.

What inspired me to go into science?
“I was always a very curious child from an early age, and was also very good at math. I started reading science fiction when I was about 12 years old. I also discovered at about the same time that I loved books about astronomy, and I read all the ones I could find at my school. I wanted to understand and learn everything I could about the planets, the Sun and the stars. Later I learned that all, or at least most, astronomers first study physics, so I became a physicist. And, I fell in love with the ideas and theories of Einstein.”

Links for teaching about space (mostly 3-5, some lower)