Scientists and Engineers from South America Bio and Projects:
Dr. Montoya is a nuclear physicist in Peru. He studies cold fission and helped discover nucleon-pair breaking in cold fission. He is a researcher at the Instituto Peruano de Energía Nuclear.

What inspired me to go into science?
As a child he would look at the moon and just wonder.  Here on earth he noticed that underground springs were fascinating, that humans could design robots, and he enjoyed experimenting with electronics. (translation from email)

Duke Energy fission vs. fusion and other resources (any bias in a nuclear energy corporation site?)

Cold fission from Wikipedia (not to be confused with cold "fusion") 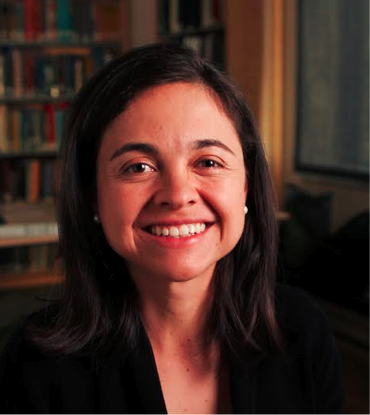 Bio and Projects:
Dr. Rey engineers advanced measurement techniques capable of probing atomic quantum systems, and is particularly interested in structures formed by ultra-cold atoms and molecules (as they slow way down, their properties change). Further, she works to use mathematical models to predict the complex behaviors of these particles. She is originally from Colombia, but is now a research professor at the University of Colorado.

Bose-Einstein Condensate, another state of matter, from Chem4Kids (MS+)

Interview of Dr. Ray from the MacArthur Foundation (English, HS+)

Dr. Patarroyo is a Colombian Professor of Pathology and Immunology who made the world's first attempt to create a synthetic vaccine against a parasite called the protozoa Plasmodium falciparum that causes severe malaria, a disease transmitted by mosquitoes that affects millions of people and is one of the leading causes of death (~1.5 million people per year) in tropical and subtropical regions, including parts of the Americas, Asia, and Africa.

What inspired me to go into science?
“I have always been a lover of chemistry. My great hero is Louis Pasteur who was a chemist, not a physician. I went the medical route because I remember seeing photos and pictures of Pasteur, a chemist, looking as Roux–one of his aides–vaccinating while he was unable to touch anyone because he was a chemist. I said I”ll be doctor so I will be able to vaccinate but I am going to major in chemistry because with chemistry one can make the molecules.” From this interview by Latin American Science.

Understanding vaccines, from the CDC (MS/HS) - and a longer CDC parents guide to vaccines (HS)

Interview 1 and Interview 2 of Dr. Patarroyo (both in Spanish, HS+) Bio and Projects:
Dr. Sergio Barrientos directs The National Seismological Center of Chile, at the University of Chile. He helps get citizens ready for earthquakes and provides information for engineers to certify whether structures can withstand earthquakes and at what level. The center he directs also provides the government and media seismic information that occurs in the country in a timely and accurate manner in terms of epicenter location and magnitude. This information is critical as there are many earthquakes in Chile.

What inspired me to go into science?
He has based his career on investigations of the Valdivia earthquake of 1960. Ha basado su carrera en investigaciones en el terremoto de Valdivia de 1960. See notes here.

Estimating with People Who Predict, by Diana Noonan (grades 3-7)

The Science of Earthquakes, from the U.S. Geological Survey, plus links to other resources like data and maps from Google Earth (grades 7+)

Data on recent earthquakes in Chile, from the Chile National Seismological Survey (Spanish) Bio and Projects:
Fernanda uses her artistic abilities, mathematical/computational thinking, and knowledge of science to create compelling visual designs of information for mass consumption and to better inform society. She is doing "STEAM" work -- connecting art, mathematics, and scientific information.  She studied at the MIT Media Lab and helped found IBM's Many Eyes (which has now ended). She later joined Google as a co-leader of their "Big Picture" data visualization group, now working in Massachusetts.

National data on topics related to kids, like health and education - "Kids Count"

Introduction to the work of Viegas (from a conference) and her conference talk afterward (longer, MS+)

Bars, Lines, and Pies - lessons on graphing from Scholastic